Some patients and their families wait years for healthcare. When they finally have the opportunity to receive treatment, what do they say?

When a patient seeks care, a doctor interviews them and their family about the patient's life, medical history, and expectations for after treatment. Their responses are translated into English and published on their Watsi profiles. 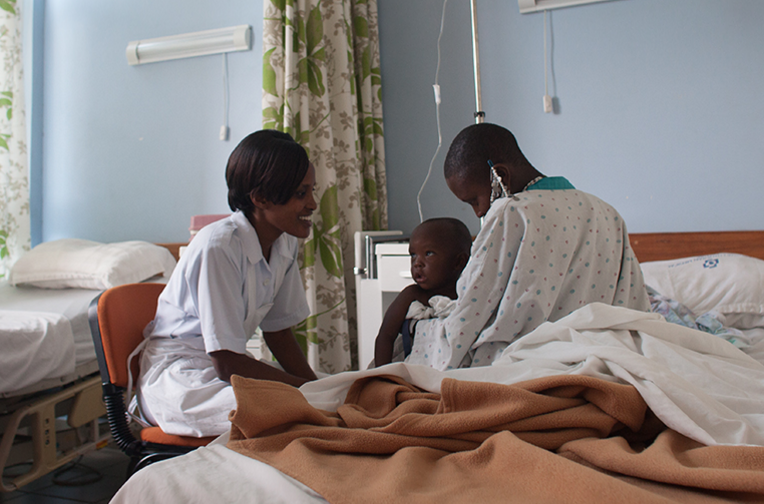 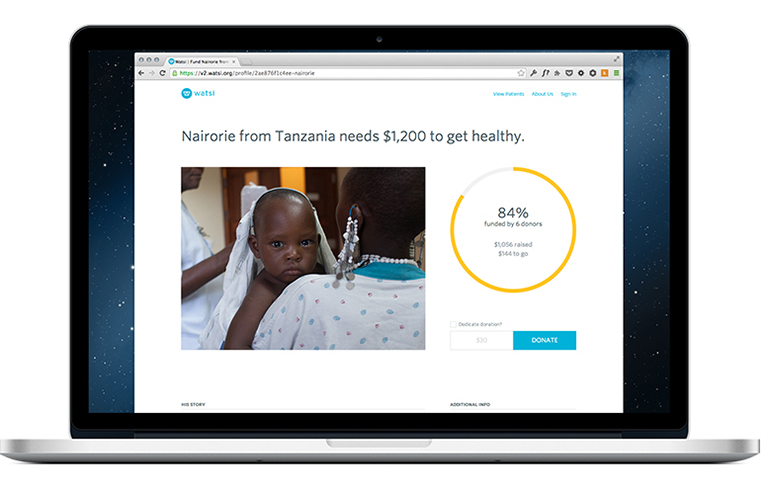 We analyzed these quotes for common words and compiled a list of the words patients used most often to reflect on their health. The chart below shows the 50 words that were most commonly used by patients and their families in their interviews. 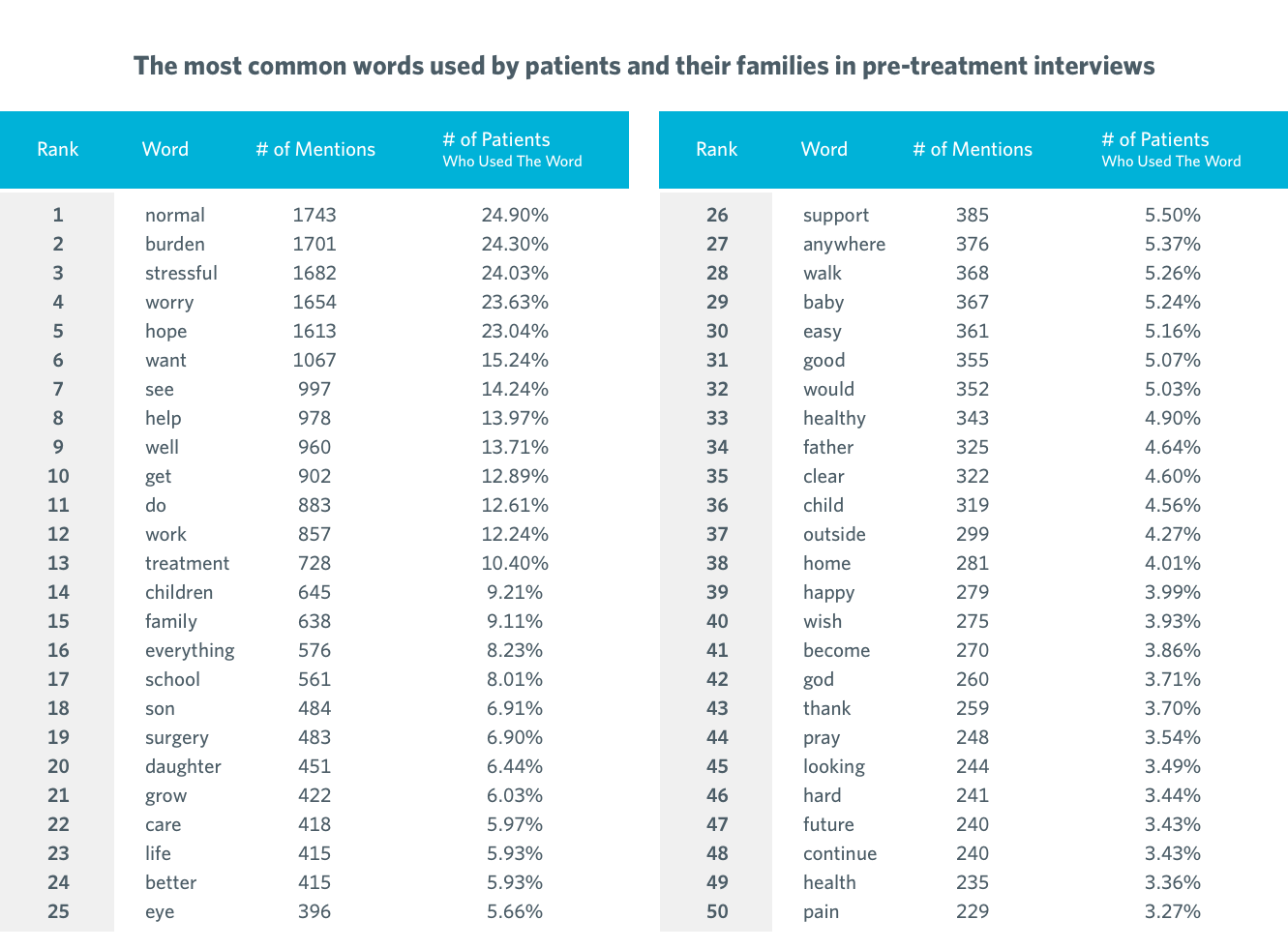 To celebrate 7,000 patients funded on Watsi, we dug into the top five words they used to reflect on their health.

More than anything else, Watsi patients want to feel "normal." 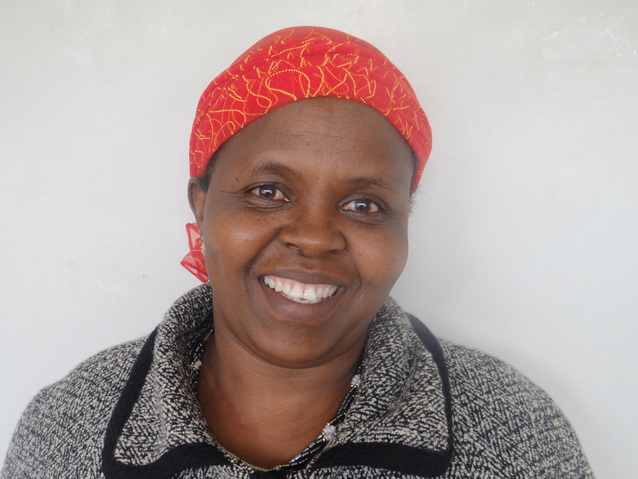 “Normal” is the most commonly used word by patients and their families, appearing in 25% of interviews. In some cases, “normal” is used by patients and their families who want the patient to look more physically similar to their peers (“I am excited for her to be a normal size once her heart is repaired!”). But in most cases, the word is used to signify a return to normalcy in everyday life.

50-year-old Priscilla in Kenya hadn’t felt “normal” in years — growths in her uterus led to heavy bleeding and abdominal pain. "This condition is making life very difficult for me,” she shared. “I can’t visit friends and I am unable to attend church. I hope I can regain my normal life back.”

Priscilla received successful treatment. Now, her doctors report she has regained her social life and is able to take care of her family. “I want to say how happy I am for this help,” said Priscilla. “My life will get back to normal.” 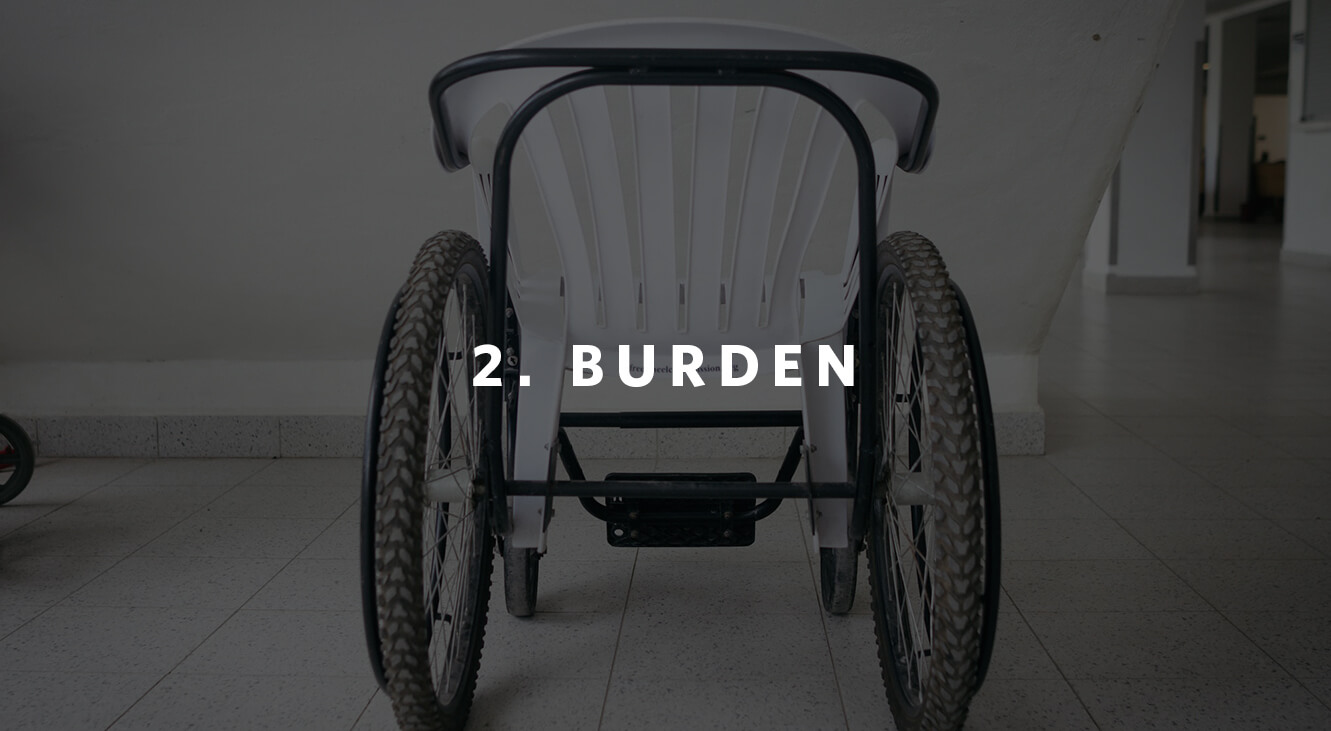 Watsi patients don't want to be a "burden." 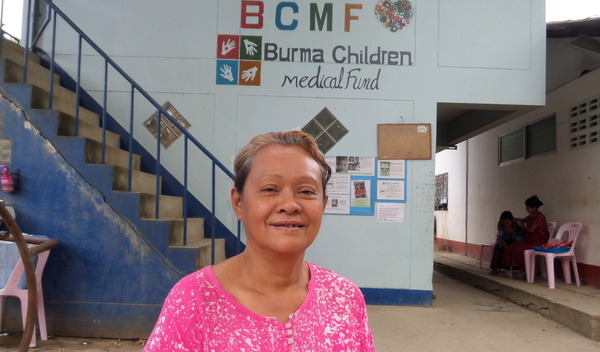 “Burden” is used by 24% of patients, in some cases by patients “glad to be free from the burden of their disease.” But for many Watsi patients like Daw Myint, their concerns extend beyond their own personal health — they are worried about being a burden to their families and friends.

Daw Myint is a 56-year-old mother of five from Burma who lived with heavy abdominal bleeding and dizziness for two years due to a cervical polyp. Without treatment, she was at risk of developing cancer. But Daw Myint kept her symptoms a secret from her family. “I have spent a lot of time thinking about treatment costs, and am willing to live with cancer rather than the burden it would impose on my family.”

Watsi donors funded Daw Myint’s care. After treatment, her doctors shared that she had "tears of joy rolling down her eyes." “Daw Myint no longer feels any pain. She is overflowing with optimistic thoughts about her future.” 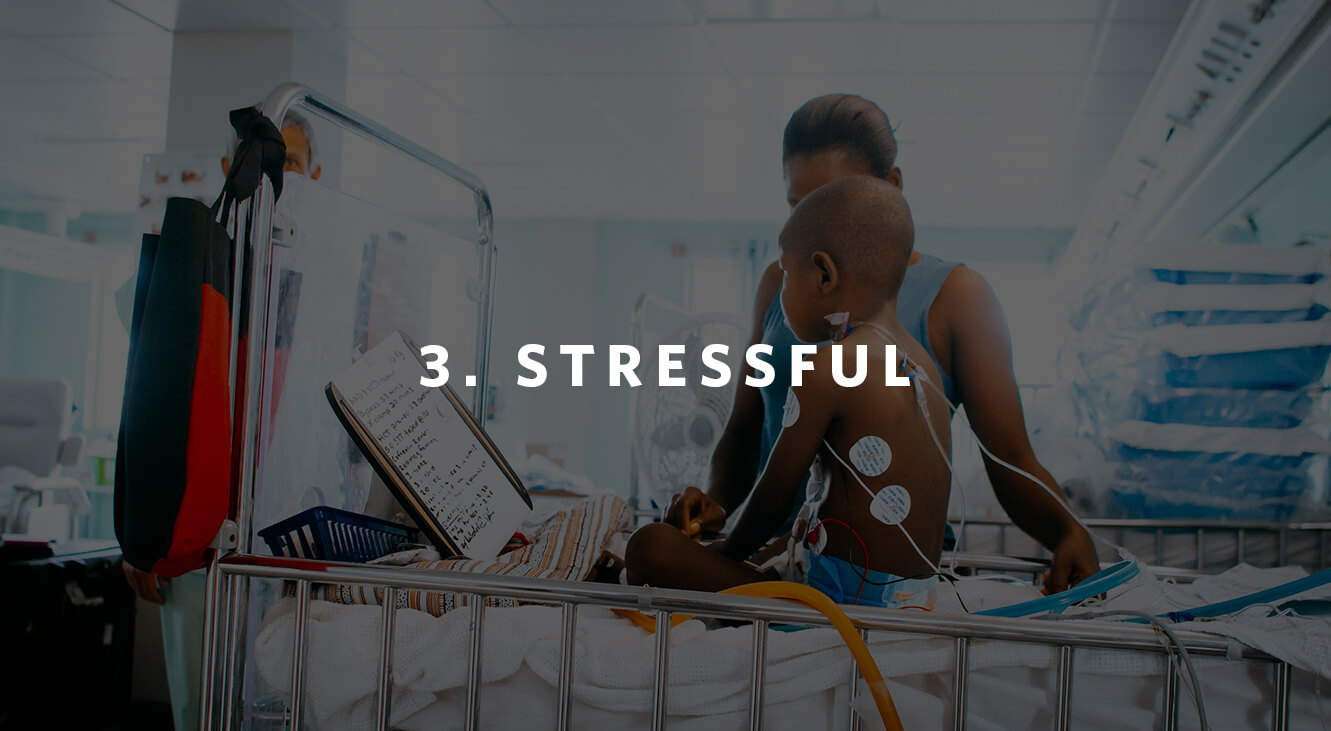 Health is “stressful” for patients on Watsi. 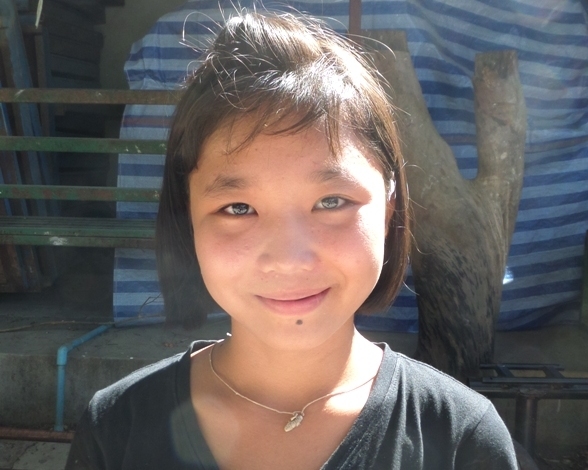 The word “stressful” also ranks high on the list. 24% of patients, including Poe San, a 19-year-old from Thailand, are sick of being sick.

Poe San dreams of becoming a doctor, but had to put her dreams on hold for five years because her cardiac disease left her with shortness of breath, chest pain, and heart palpitations. Despite working a factory job, Poe San had not been able to save enough money to pay for the healthcare she needed. Poe San described her disease as "very annoying and stressful."

Thanks to Watsi donors who funded her care, Poe San received treatment. For her, recovery is about more than improving her daily quality of life — it means she’ll be free from the stress of her sickness and able to pursue her dream of becoming a doctor. 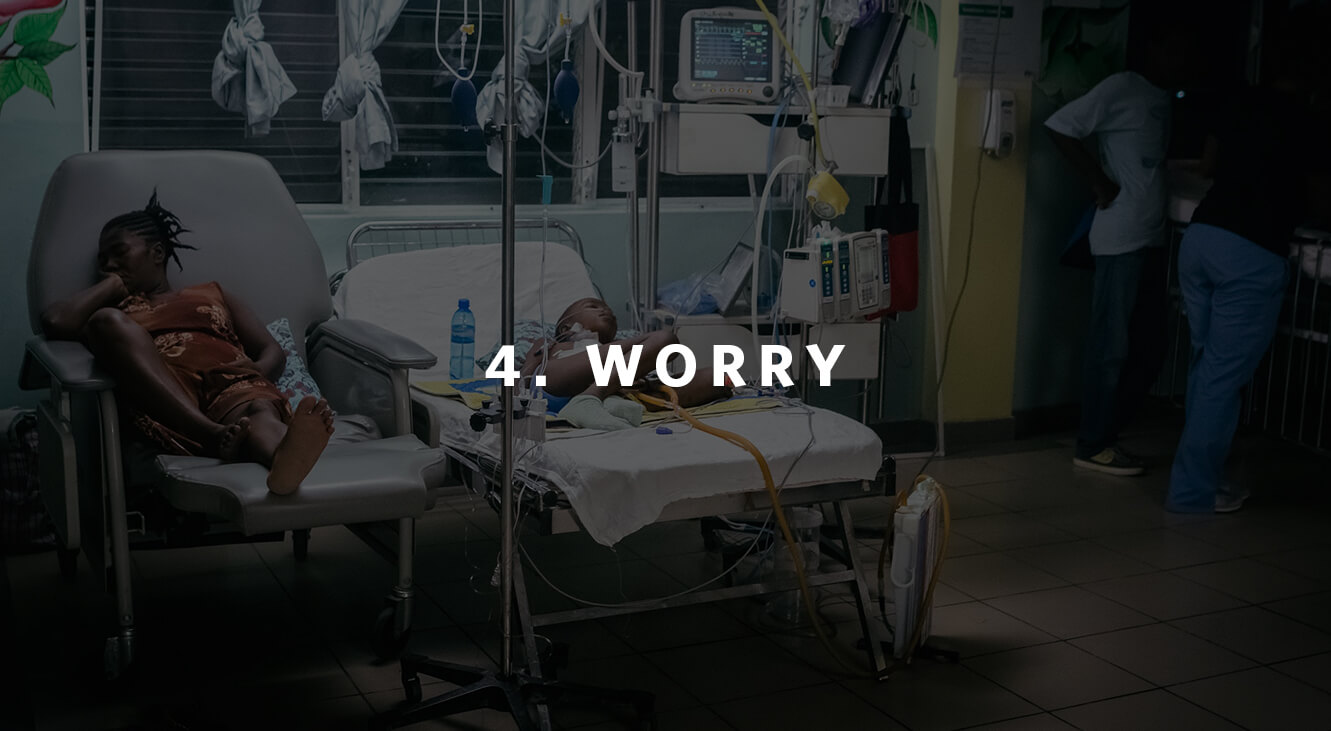 Patients on Watsi “worry” about their health. 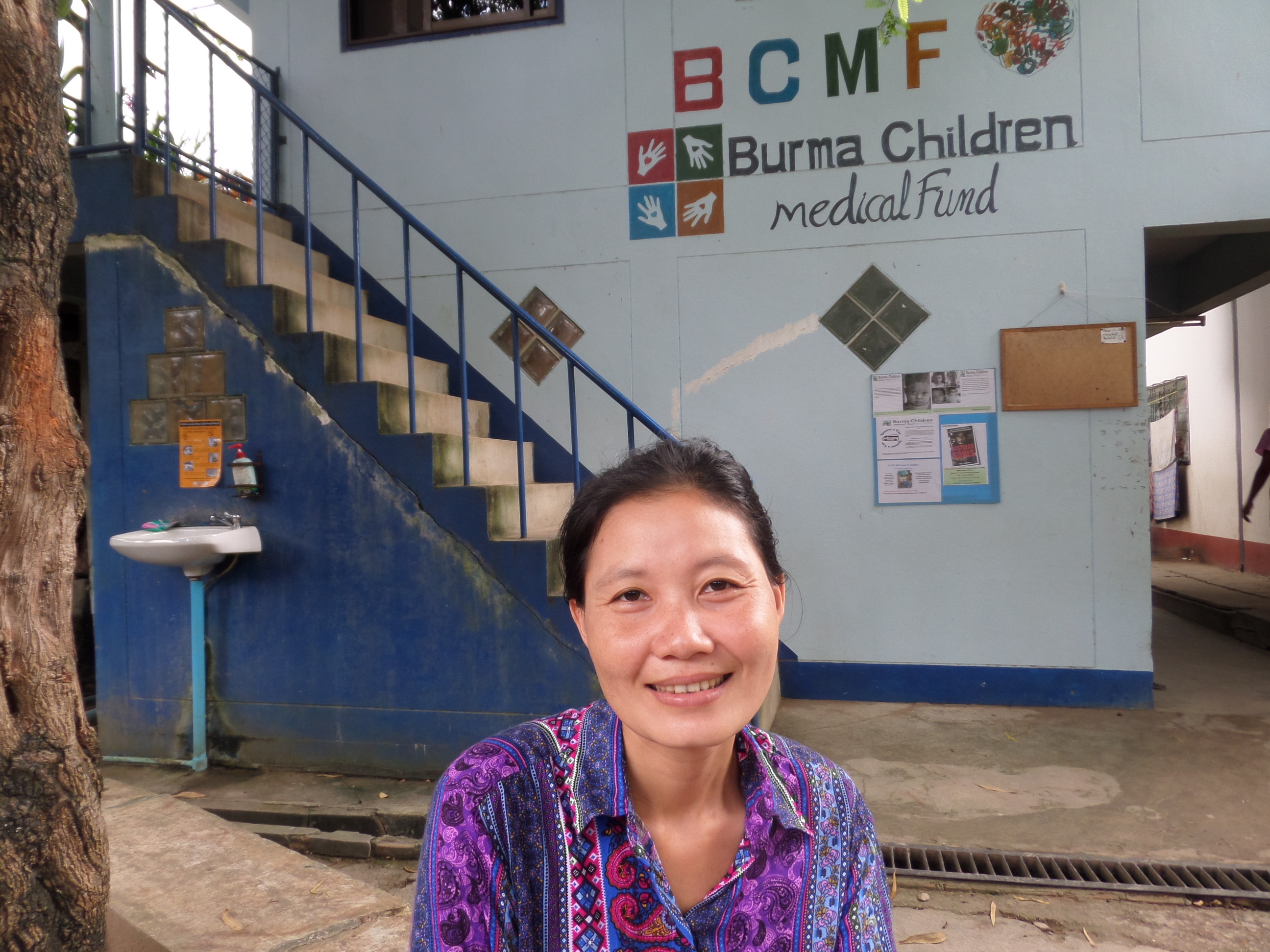 Not surprisingly, “worry” ranked high on the list at 23%. Often the word was used by family members worried about a patient’s health. But when San, a 34-year-old woman from Thailand used the word, it was to describe her own life and death situation.

San developed an ovarian mass that produced intolerable pain and gave her a constant fever. Because of tightened security at the refugee camp where San lived, her family was unable to leave the camp for work to pay for her care. “I thought I was going to die today or tomorrow,” she said. “I was so worried because I didn't have any money to pay for my medical treatment.”

When San received treatment, her doctors said she changed completely. “No one could help me,” San shared. “Then I came here and the nurse told me, ‘Don't worry, I can help you.’” 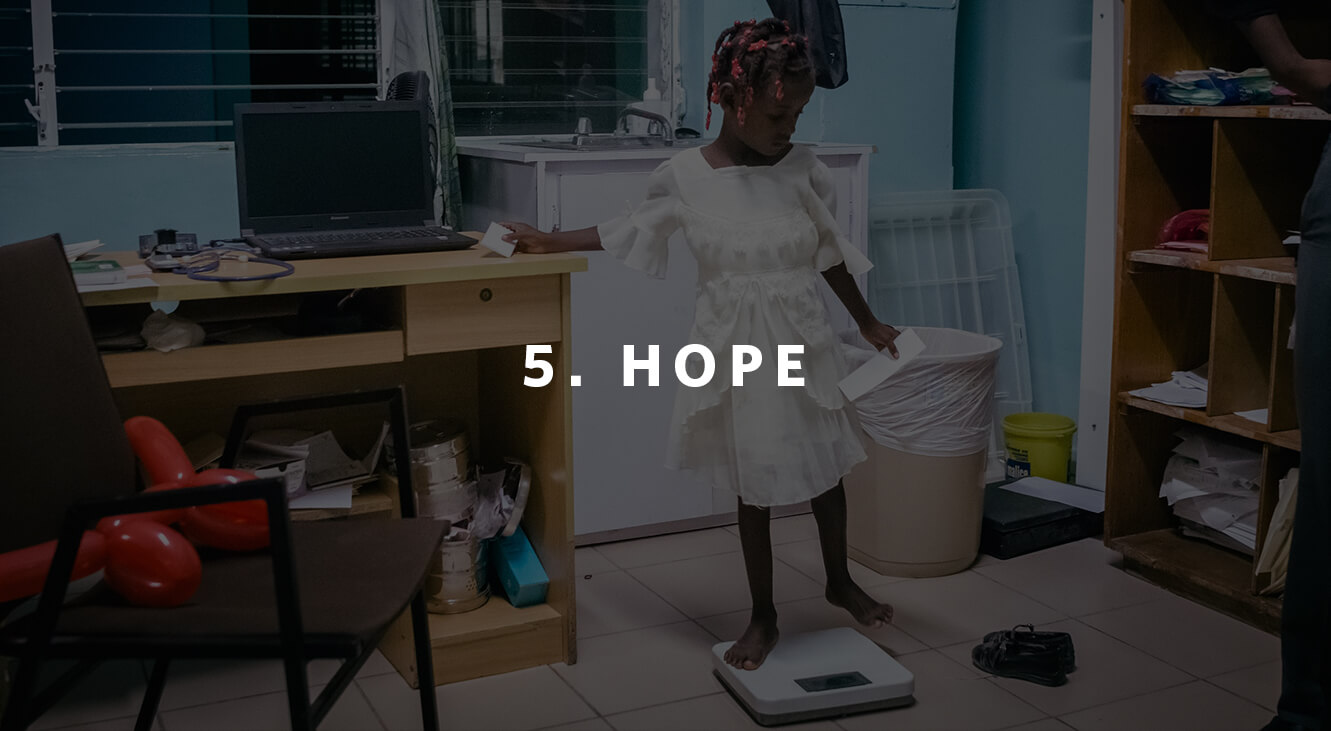 For Watsi patients, there is always “hope.” 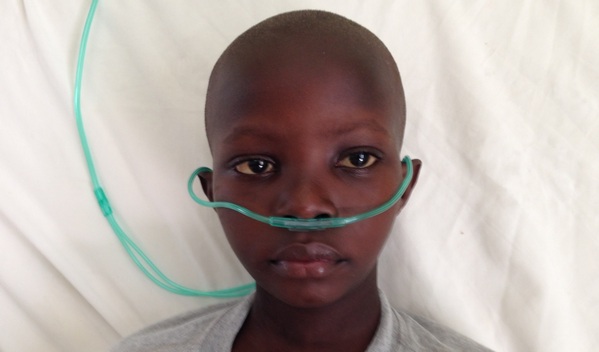 Patients are posted on Watsi because they can't afford healthcare, a situation that might leave most people with a sense of hopelessness. But the majority of the 23% of Watsi patients and their families who used the word “hope” used it to express faith that the patient would get better.

11-year-old Jean Lyndor from Haiti wants to be a civil engineer like his father. When he was younger, an untreated strep throat infection caused a severe cardiac condition. As his heart failure worsened, his feet and stomach swelled, keeping him from attending school. While he waited for treatment, he was dependent on oxygen and at risk of dying suddenly.

Doctors performed surgery to replace Jean Lyndor’s mitral valve and improve his heart function. After he received treatment, he was able to go back to school. "I am excited to start again and see all of my friends. I've missed it," he said. “We never gave up hope,” his father shared. 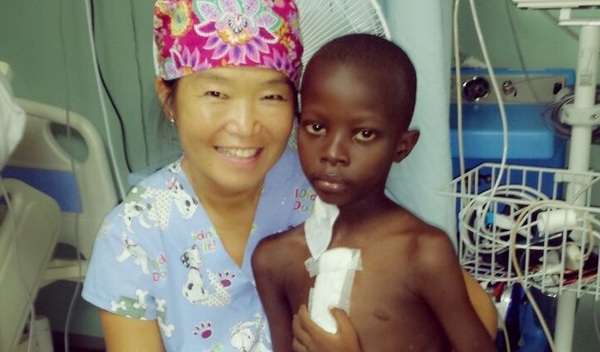 Fund life-changing healthcare for more patients whose families have never given up hope.

Meet a patient
The Watsi Team