What do street art, an auction, and a Porsche 911 Carrera S Cabriolet have in common? And what could they have to do with saving lives across the globe?

But, famed artist Jonathan Matas, whose work can be found all over the Bay Area — from murals in the Mission to the walls of Facebook — was inspired by these unlikely elements and saw an opportunity to use his creativity to help people. 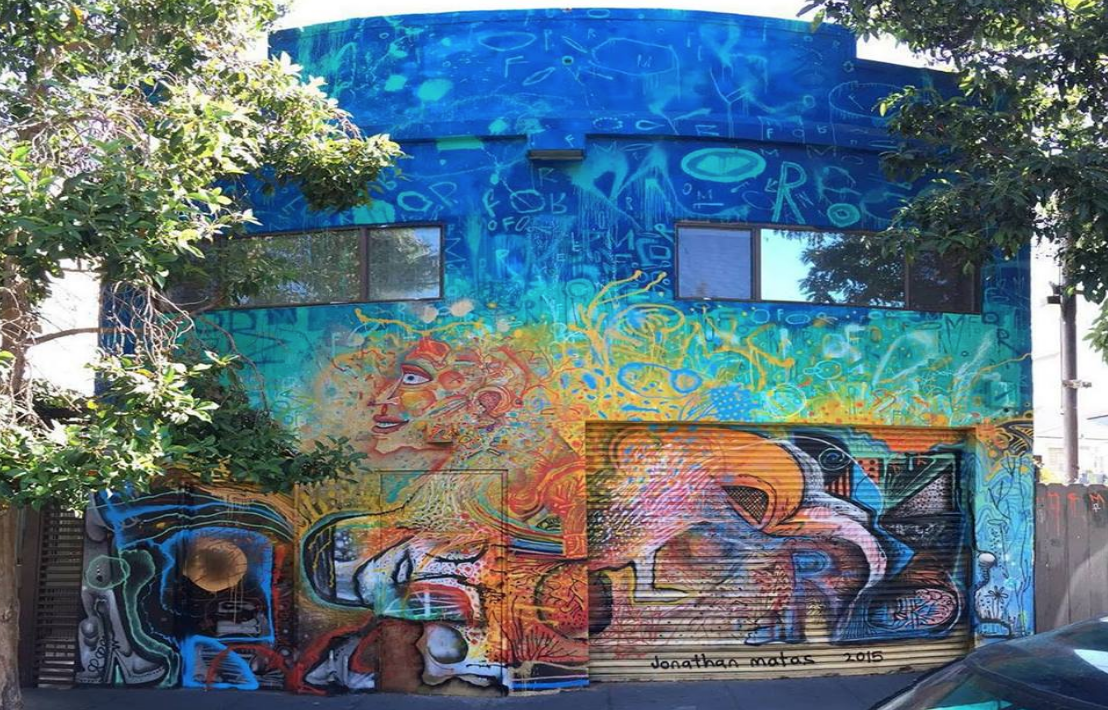 About a year ago, in a chance encounter, Jonathan met Salik Syed. Salik instantly fell in love with the unique style of Jonathan’s work. Instead of just buying a painting, Salik thought it would be exciting if they worked together to create a one-of-a-kind art piece.

Inspired by the BMW art cars of the 1980's, created by prominent artists of the time such as Andy Warhol, Roy Lichtenstein, and Jeff Koons, Salik decided that it would be cool to commission an art car of his own.

The Porsche itself became Jonathan’s canvas. Salik soon realized that displaying such a bold piece of art in public spaces would capture the public’s imagination The two men then decided to seize the opportunity and auction off the completed car, donating all of the profits to Watsi. The final product would be not only an amazing piece of art but also a sizeable donation to charity.

By connecting the painted Porsche and Watsi, Salik and Jonathan highlighted a cause about which they were passionate. People captivated by the car could learn about and support Watsi's mission to provide healthcare to people across the globe.

For the next several months, Jonathan worked on what would become not simply a stunning Porsche but much more: Document of Energy: The immeasurable display of Phenomena.

As is his custom, Jonathan started from zero — with nothing particular in mind. He prepared his materials and then just began spontaneously, starting on the Porsche’s hood.

The piece began very abstractly, then black and white figurative elements began to make their way in. He soon moved around the whole car, blocking in a lot of colorful elements. Over the course of several weeks, he continued in this spontaneous fashion — layering with thin glazes, painting and wiping out areas with cloths and adding tiny details of dots, letters, and lines.

Each part of the car became very different, not a unified whole but rather discrete areas for the viewer to explore over time.

The final product is called "Document of Energy" because it is a historical recording of bursts of energy, arisings and dissolving of ideas, moments and bursts of imagination. 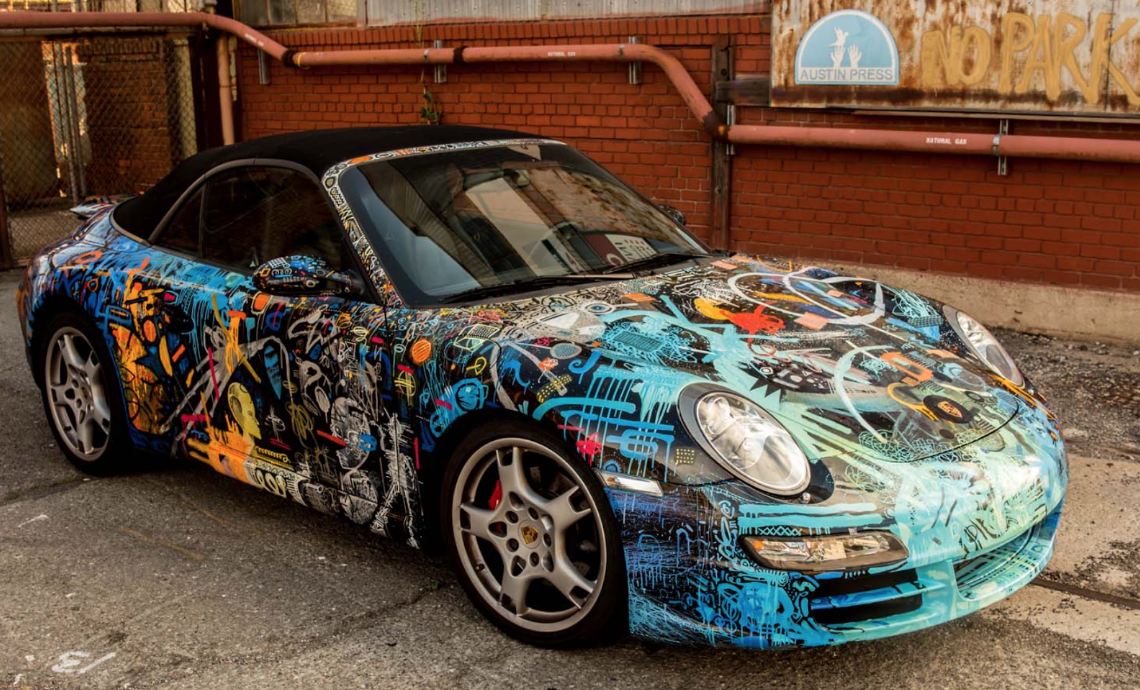 Once finished, the Porsche was displayed throughout the Bay Area. It was sold to an anonymous collector for placement at the Porsche Driving Experience Center in Atlanta, Georgia. 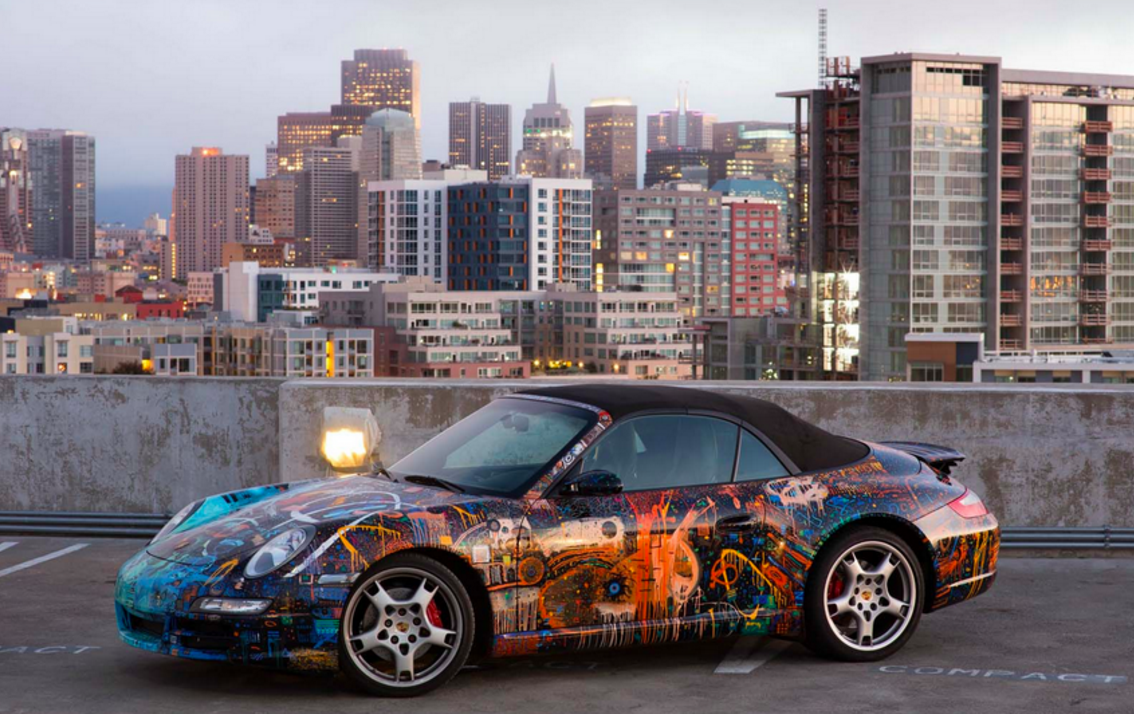 The auction raised $5,000 to fund healthcare for Watsi patients. With his portion of the money, Jonathan was able to personally fund several Watsi patients.

I chose [patients] in a few different ways. I sponsored one patient completely who hadn't been even partially funded yet. I chose some patients based on the idea that maybe they might be less likely to be funded, such as elderly people needing relatively minor surgeries. I also chose based on whom I felt a connection with.

It was eye opening to see what kind of health issues people of all ages have around the world and how much it costs to fund them. Many people get serious life-threatening problems that are the result of the inability to take care of relatively minor health issues. I am very happy to have contributed to this project and thus helped people around the world and of all ages get healthy.

Jonathan, Salik, and others involved in the project supported six patients, including Ladule, a seven-year-old Ugandan boy whose disabling hernia was repaired, and Di Par, a 14-year-old aspiring teacher in Burma who underwent life-saving heart surgery.

With imagination and artistic inspiration, six lives were forever changed!

If a sports car and a street artist can help save lives so can other unique ideas. With imagination and the desire to give back anyone can help Watsi help others.

If you have an idea to help Watsi send us a note at connect@watsi.org.